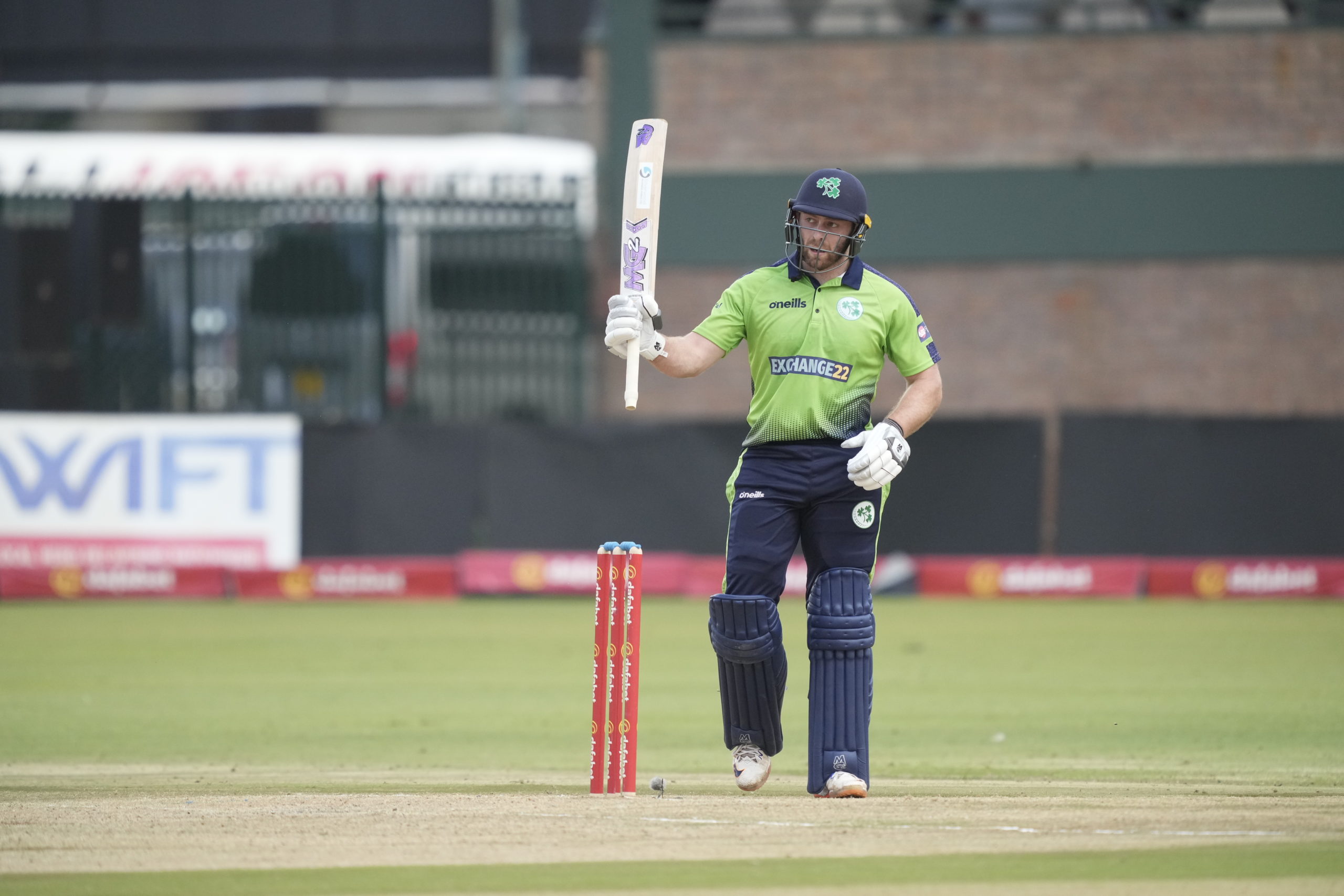 HARARE, Zimbabwe – A thrilling game in Harare ended in a six-wicket victory for Ireland, after Ross Adair smashed his maiden T20I half-century to set up Ireland’s run chase and level the series against Zimbabwe.

With Ireland set 145 runs to win after bowling Zimbabwe out in their 20 overs, Adair and Andrew Balbirnie looked set to cruise to the total with a 48-run opening stand. Two quick wickets saw Harry Tector take over as Adair’s partner, and the two took Ireland to within 26 runs of the target with four overs to go.

Some scintillating death bowling from Tendai Chatara and Ryan Burl briefly turned the game, with the equation reducing to nine off eight. But Curtis Campher and George Dockrell saw them home with two balls to spare: Dockrell finished the innings with a six to set up the series decider on Sunday.

Earlier, Zimbabwe got off to a flying start after losing Tadiwanashe Marumani thanks to Tector’s new-found bowling success in T20Is, this being only the second time he has bowled in 53 games. Craig Ervine and Innocent Kaia – into the Zimbabwe’s XI after Gary Ballance withdrew ahead of the game following a concussion – blasted 48 off 29 in the powerplay, including a flat-batted smash from Kaia down the ground off Mark Adair for six.

Ireland rang the bowling changes to limit the scoring rate, with Campher completing a brilliant run out of his own bowling in the sixth over to break the partnership. It was the first of three run outs for Zimbabwe in the innings. A period of rebuilding saw them get to 115-4 with five overs to go. Ervine top-scored with 42 off 40.

Graham Hume, the only change in the XI from Ireland’s loss in the first T20I, took two wickets in the 16th over, including his maiden T20 international scalp to dismiss Ervine and then Burl.

An engaging passage of play followed where Ireland took three wickets in three balls including two consecutive run outs to rip through Zimbabwe’s tail. After Mark Adair dismissed Brad Evans, the fielders took advantage of some poor running from the Zimbabwe batters to complete a team hat-trick and leave the home side nine down in the final over.

Hume finished the innings off with the wicket of Wellington Masakadza off the final ball of the 20th over.

Ross Adair’s innings stood out in the chase. Opening the innings with Balbirnie, he initially took a back seat as Balbirnie did the bulk of the scoring, including hitting a massive six off Richard Ngarava onto the roof of the Harare Sports Club. When Balbirnie was dismissed for 33, Adair was on 15 off 21. But it was only once Tector came to the crease that Adair really upped his rate, swatting a four off Burl in the 11th over to get going.

His next four boundaries were all sixes as he took on the Zimbabwe bowlers, reaching his fifty off 39 balls with a six over square off Evans. A powerful blow over the long on rope of Ngarava was his last of the innings, as he was dismissed for 47-ball 65 the following delivery.

He had done the majority of the damage though. Despite a few nervy moments towards the end of innings, Adair’s knock set up a brilliant win for Ireland, keeping the series alive ahead of the final match on Sunday.