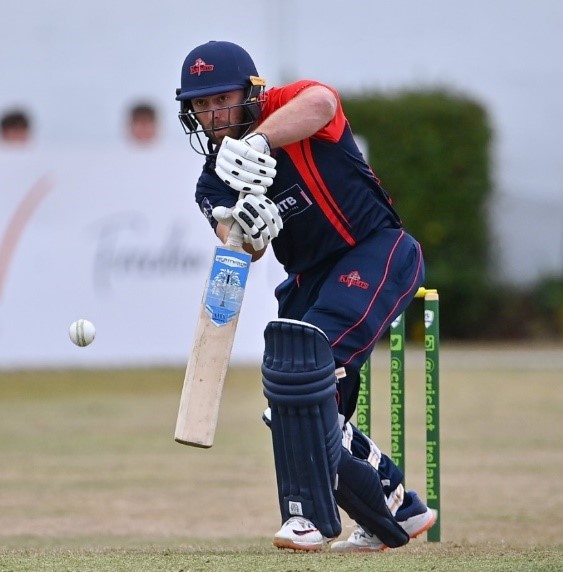 HARARE, Zimbabwe – Ross Adair and Stephen Doheny are set to make their international debuts, while Tyrone Kane returns to the fold for the first time since 2019 when Ireland Men face Zimbabwe in the opening game of the three-match T20I series.

Ireland Men’s captain Andrew Balbirnie was speaking to the media earlier today ahead of the multi-format tour to Zimbabwe, starting this Thursday 12 January.

With Paul Stirling, Josh Little and Lorcan Tucker released to play in T20 franchise tournaments in South Africa and the United Arab Emirates, Balbirnie spoke about the opportunities it gives to other members of the squad:

“In previous years we’ve had our full squad available at all times, barring injury. It’s a unique scenario where we’ve got three of our key players who are being picked up in some of the top leagues in the world. That exposure is so valuable to those players. Financially it’s big as well. There’s no hiding from that.

“But it also gives us an opportunity to look at some other players. I’ve spoken before about not having a massive amount of [Ireland] Wolves cricket to see guys and how they perform at that level so these three games give us, a look at a couple of new players who we haven’t seen play international cricket before and see how they can cope.

“It’s good exposure for a lot of us to be playing these different leagues, but we also have to find a balance and make sure that we’re fresh and ready to go once international cricket is in front of us.

“It’s a huge positive for the guys who are going and getting exposure at those leagues, and it’s a positive for us to see what our stock is like, particularly in the batters. We have two guys who are going to bat in the top three tomorrow who are making their debut, and that’s pretty exciting to be a part of and, and see how they adapt to the situation, but also give them the full backing to play the way they play. We know the way we want to play, and how we’ve played over the last few months, and we want guys who come into the squad to buy into that as well. Hopefully we can, we can see some exciting stuff over the next three games.”

“Ross is going to open the batting with me and Steven Doheny’s going to bat at three. Ross has done some really impressive stuff at inter-provincial level and deserves a chance. I had a brief chat with him yesterday. I wanted to give him as much warning beforehand that he was going get the nod. Our key message to him is to just play no differently to the way he’s played to date. I remember when I got my debut, even my first 10 or 15 games, I maybe tried to play differently to how I naturally played. Our message to Ross is he’s such a powerful opening batter and you can do some real damage. But he also has to understand that it won’t just happen in the first or second over, you’ve sometimes got to bed yourself in a bit and then take advantage. It’s an incredible sporting story if you like, and I know he’s really excited for tomorrow.

“We’re really excited to see where he goes. To have both him and Mark play together is pretty special. I don’t want to put any more added pressure on him because international cricket is tough enough, but it’s also a lot of fun, and the way he plays it is fun to watch. So hopefully he can just go out with that free mind and enjoy himself in the three games.

“Stephen is someone who’s been around the squad now for a long time, the guts of a year without actually getting that chance, but the way he’s trained and carried himself has been really impressive and he’s naturally been disappointed when he hasn’t played. I’ve no doubt that he’ll be chomping at the bit tomorrow once he gets going.”

The team have spent the last few days training at the Harare Sports Club, and training has went well:

“We’ve had two good sessions and then a bit of an optional session today. Ideally, we would’ve had a bit more time, but that’s the way it goes. The guys are in really good spirits and there’s a lot of good stuff being done on training. We’re expecting some good cricket – two competitive teams who know each other pretty well and I think it’ll be pretty exciting.

“They’ve obviously had quite a bit of rain, so the practice wickets have been under covers for quite a bit, but they’ve still been pretty good. The wickets look pretty good for tomorrow. I never really like to get too far ahead of myself when I look at a wicket. I like to get there on the day and see what we’re dealing with and react to it then.”

The Ireland Men’s T20I squad is:

The Ireland Men’s ODI squad is:

The Zimbabwe tour will feature three T20 Internationals, followed by three one-day internationals. All matches will be played at Harare Sports Club. The fixture details are