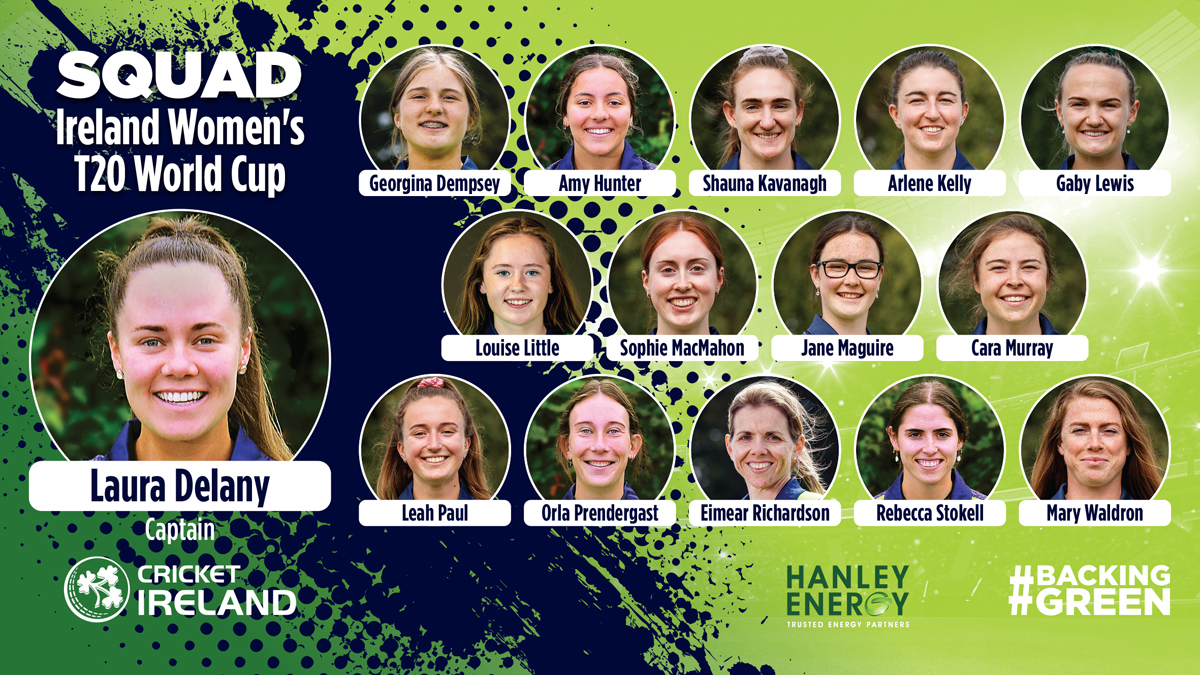 The 2023 edition will be held from 10-26 February 2023, with Ireland’s blockbuster first game against England set for 13 February.

The tournament will feature two Groups of five teams each in the first round playing a round robin format, with the top two sides from each Group progressing to the semi-finals stage. Ireland’s Group features: Ireland, England, India, Pakistan and West Indies.

The squad will depart Dublin on 27 January and undertake a preparation camp in Cape Town from 28 January to 2 February – during this time they will play two warm-up matches against Bangladesh. The squad will then move on to Stellenbosch to play two official warm-up games against Sri Lanka and Australia, before their first competitive match on 13 February.

“It was incredibly rewarding and encouraging to see our squad progress so far both on and off the field in 2022, recording a number of breakthrough results as a team and as individuals. While there were numerous highlights, the most gratifying of all was the successful T20 World Cup qualifying campaign. We haven’t featured in a global tournament since 2018. While we came heartbreakingly close at the 2019 qualifier, we ultimately fell short, so this year’s qualification felt like redemption and reward for the hard work the players, coaches and support staff have put in.

“The squad’s average age is only 24, with most players aged between 17 and 23. This age profile is an exciting aspect for Irish cricket as this group will hopefully be together for a good few years to come, and will only get better over time.

“Laura [Delany] – already Ireland’s longest-serving captain – will lead the side again, while we welcome Georgina Dempsey back into the squad after she missed the recent Pakistan tour due to educational commitments.”

“Ed [Joyce], Glenn [Querl] as assistant coach, and all of the support staff have helped mould a squad that has increasing confidence in its ability to consistently perform and succeed and a determined belief that they belong at global tournaments like this.

“The squad will undoubtedly benefit from the week-long prep camp in Cape Town, which will help them acclimatise to conditions ahead of the official programme and we thank Bangladesh for agreeing to play two warm-ups during that period.

“Participating in a World Cup is always an exciting experience for athletes, and to see another Irish women’s sporting side playing on the global stage we hope may help inspire a new generation to take up the sport.”