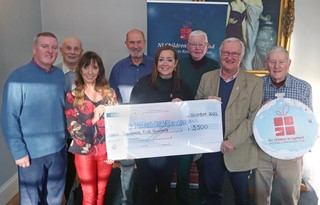 £3,500 has been raised for local children’s charity, The NI Children to Lapland and Days to Remember Trust, thanks to the sales of a new cricketing book by historian of the sport, Clarence Hiles.

‘Gone, But Not Forgotten’ tells the life stories of sixty trojans of cricket in Ulster, each of whom has contributed to the game across the past century and beyond through administration, advocacy, advancement or simply by great play.

All proceeds from the book have been donated to the charity, which was established in 2008. It takes terminally ill, life limited and deserving children, from all over the Province, on a magical trip to meet Santa at his home in Lapland, a trip which creates very special memories for the children and their families. 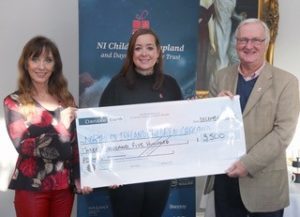 Chairman of the charity, Colin Barkley, said: “We never cease to be amazed at people’s generosity and Clarence’s gesture, in donating the entire proceeds of his book sales, is hugely appreciated. After a Covid enforced absence, we are delighted to be able to travel to Lapland this year, for the first time since 2019, on our own chartered 189 seat aircraft and this money will help to make the dreams of almost 100 very sick children come true.” 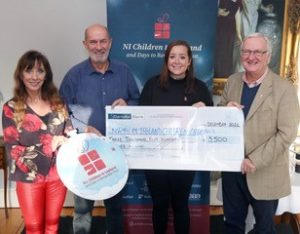 Author of ‘Gone, But Not Forgotten’, Clarence Hiles, said: “I have always been passionate about remembering cricket legends, ensuring their impact on the game is never forgotten. This book is a homage to the sixty characters recognised, and I’m incredibly proud that the proceeds can benefit such a worthy charity.”