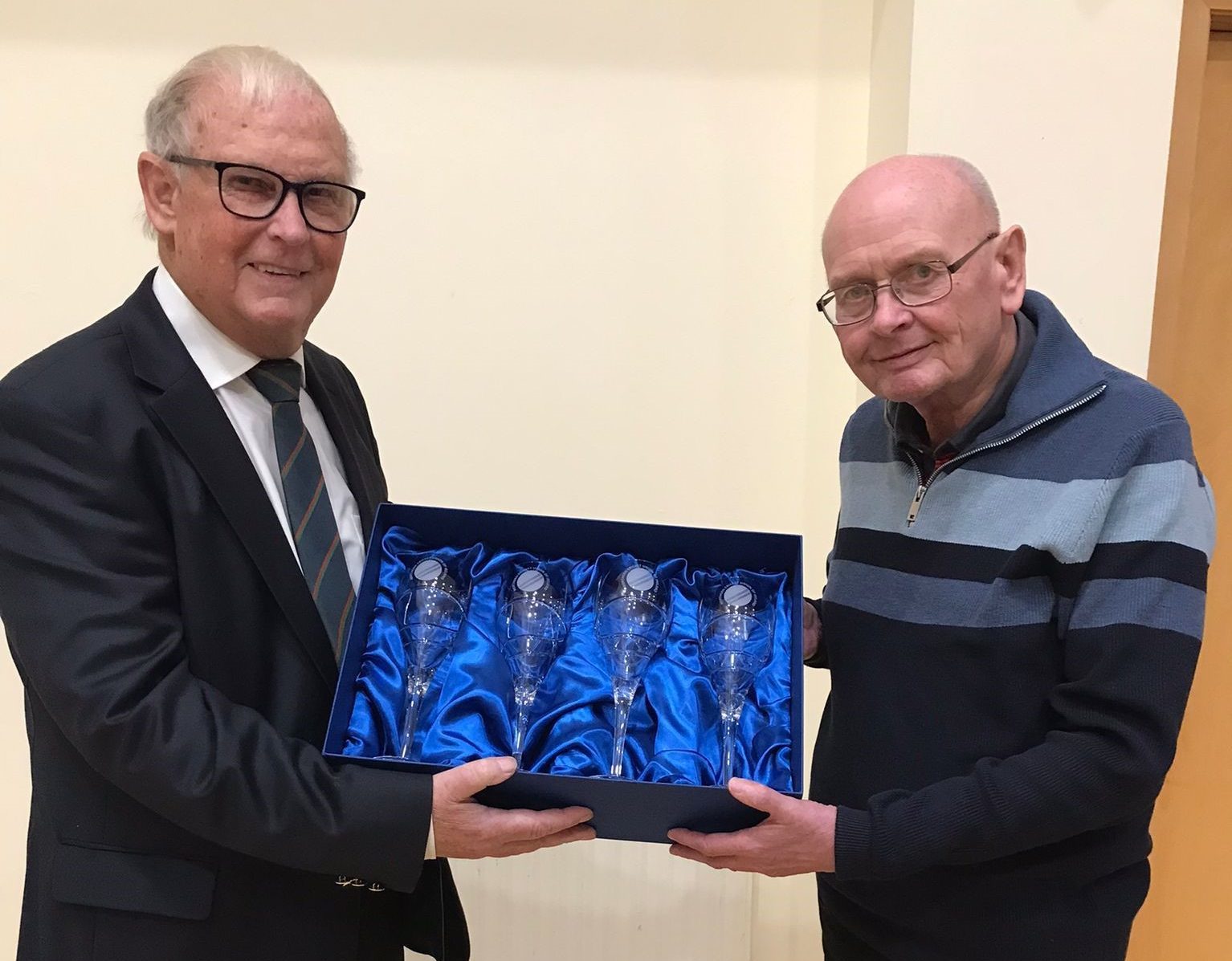 Bryan Milford will retire as General Secretary of the Northern Cricket Union at the end of November 2022, after a tenure spanning almost 15 years. Bryan succeeded WJ McCarroll in 2008 after serving in various roles with the NCU and Cricket Ireland in the preceding decade, including as NCU Treasurer from 1999-2002 and NCU Chair from 2004-2005.

Dubbed as cricket’s ‘Mr Nice Guy’ by Clarence Hiles, Bryan has managed every aspect of cricket in the NCU during his lengthy period as General Secretary. From fixtures to finance, Bryan’s attention to detail has seen the NCU’s business conducted to the highest level during his tenure in the role.

He has been integral to every aspect of cricket in the NCU and has guided the organisation through several periods of significant change over the last 15 years as the game has moved at an ever-increasing pace towards the professional era. Bryan has been at the forefront of establishing closer links between the union and its member clubs over his time in the role, which has led to a much-improved governance of the game in this area.

Bryan has been involved with Cricket his entire life, and as well as all the governing body positions which he has held, he continues to be a long-standing member of Cooke Collegians Cricket Club.

Commenting on Bryan’s retirement, Chief Executive Paddy Grimes paid tribute to an NCU giant who has left a massive legacy on cricket in the NCU. ‘The work which Bryan has undertaken in a voluntary capacity over many years cannot be overstated. He has been the NCU in many ways. always on hand to answer queries or provide guidance to everyone no matter the day or time. He leaves the role having made a massive impact on cricket in the NCU and his name will be forever synonymous with our organisation.

On a personal note, I’d like to thank him for welcoming me to the organisation and being on hand to guide me through the complexities of administering cricket in the NCU. I quickly became aware that our shared passion for Tottenham Hotspur meant that we were both adept at reacting to the daily ups and down which we faced. I know that he will always be on hand to be a guiding light when required. Bryan still has much to give to our game and we look forward to welcoming him onto our Domestic Directorate in 2023.’

On behalf of the NCU Board Chairperson Peter McMorran also expressed his thanks to the enormous contribution made by Bryan as General Secretary and the measured guidance he gave the Board during his term in office. ‘The Board fully recognises Bryan’s experience and wisdom.   He was often the face of the NCU when communicating with Clubs and he always did so in a professional and cordial manner.  I am very glad that we will still benefit from his experience on the Domestic Committee.’

With Bryan’s retirement, clubs are asked to send all enquiries to the NCU Cricket Office via email to cricketoffice@ncucricket.org in the short term until further guidance is released following the AGM on 7th December 2022.