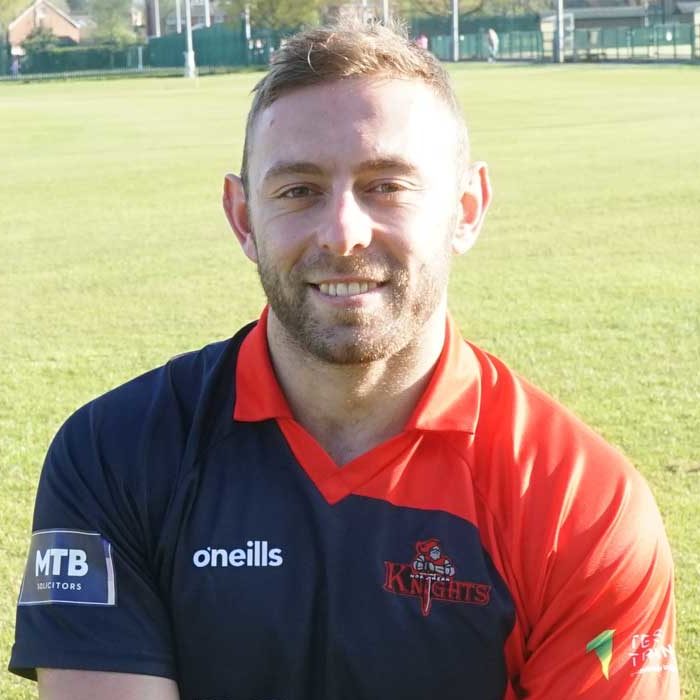 Ross Adair may be playing for a new club, but it’s been very much a case of same blistering performance and intent. The 28-year-old was one of the more high-profile transfers during the off-season after he swapped CSNI for reigning Gallagher Challenge Cup champions CIYMS. He has developed a reputation for being one of the most destructive batters in the Robinson Services Premier League and that has been further established at his new base, hitting 176 runs – including a rapid 96 last weekend against North Down – at a strike-rate of almost 130.

Adair always knew a stint at the Belfast club – where he has linked up with younger brother Mark – would happen at some point and he’s determined to add to their success. “My dad had played rugby and cricket at CI, Mark is obviously there and it’s somewhere I could see myself being down the line anyway,” he said. “I want to win big tournaments and trophies. Not that I’m old, but I’m 28 now and I would like to get some silverware under my belt. CI have a very competitive squad and I’m a very competitive guy. That can only be a good thing for the season and hopefully we can go all the way in a lot of the competitions. You don’t want to think too far ahead and it comes back to the old cliché of one game at a time. We just need to stay competing and hungry in every game and hopefully the big games will take care of themselves if we get there.”

Adair has formed a dynamic opening partnership with John Matchett, who although not quite as aggressive, doesn’t like to stand still for too long either. They put on 83 to set up victory against Waringstown while in Matchett’s absence last weekend, Chris Dougherty was promoted back to the top of the order and shared a partnership of 129 with Adair. With the likes of Mark Adair, Jason van der Merwe, Graham Kennedy, captain Nigel Jones and overseas professional Keith Dudgeon all sitting ready to go after that trio, it makes CIYMS formidable opponents.

“We laugh and joke about it – with Matchy and I opening we could be 100/0 after 15 overs or 10/2,” adds Adair. “We’ve started well with a couple of 50 partnerships and then Doc and I went well too. It’s a very interchangeable order with guys being able to step up and open or drop down. Even down the order, you get one or two people out then incomes Sparky or VdM and I remember playing against them just thinking when does this stop? It’s relentless and good batting depth thee which makes us hard to beat.”

The former professional rugby player also started the inter-provincial season with 47* for the Northern Knights against Munster Reds in a very different role, acting as the finisher coming in at number seven. “It’s something different to me,” he said. “I’m very used to opening the batting but at six or seven you could be walking in to someone who is on 50 already and having to rotate the strike rather than being the guy that is dominating. It’s a different role but I’m enjoying it. At the end, bowlers are trying to bowl different plans and it’s a new challenge for me. I started well but I just want to keep going with it.”

He is also referring to Mark as skipper these days after the Irish international took over Knights captaincy from the departing Harry Tector ahead of this season. “I think he has been a really good captain,” he added. “He has taken on the challenge and a lot of responsibility. He’s taking it very seriously and I’m delighted for him because he deserves it. It’s great to see a NCU man taking the reins and I know he’s my brother, but as soon as we step on the pitch he becomes skipper and he can shout at me and I have to take it whereas maybe at home I could give him some stick back! “He’s very much my captain and if he asks me to jump, I’ll say how high – I would do anything for him. He’s the sort of person you want to scrap for and he’s really good with keeping the younger guys involved. I think the captain’s role is perfect for him.”

Ireland are preparing for a Twenty20 World Cup later this year in Australia and Adair’s performances and style have set him up to be in contention for a spot in that squad. Not many are capable of clearing the ropes with Adair’s ferocity or staggering consistency, and although dreaming of the international stage, he’s keeping his head down and putting the work in.

“I don’t like sharing it with people because I’d rather keep my head down and do all the hard yards,” he added. I just want to score runs and if I do that for the Knights it’s hard to ignore someone doing it consistently and quickly. I’m going with the flow being the laid-back person that I am – I just want to score runs and not think too much about it. I’m where I am now because I haven’t over-complicated anything. I’m enjoying myself and love my cricket. If I’m not working or in the gym, I’m doing something related to cricket, whether that’s over at CI watching and it’s not good because I’ll be bowling at the under-15’s to get volume in and it’s the worst thing for my confidence because they slap me everywhere!”

“We will see what happens with the international stuff. If it happens, it happens but I’m going to fight and scrap for it.”