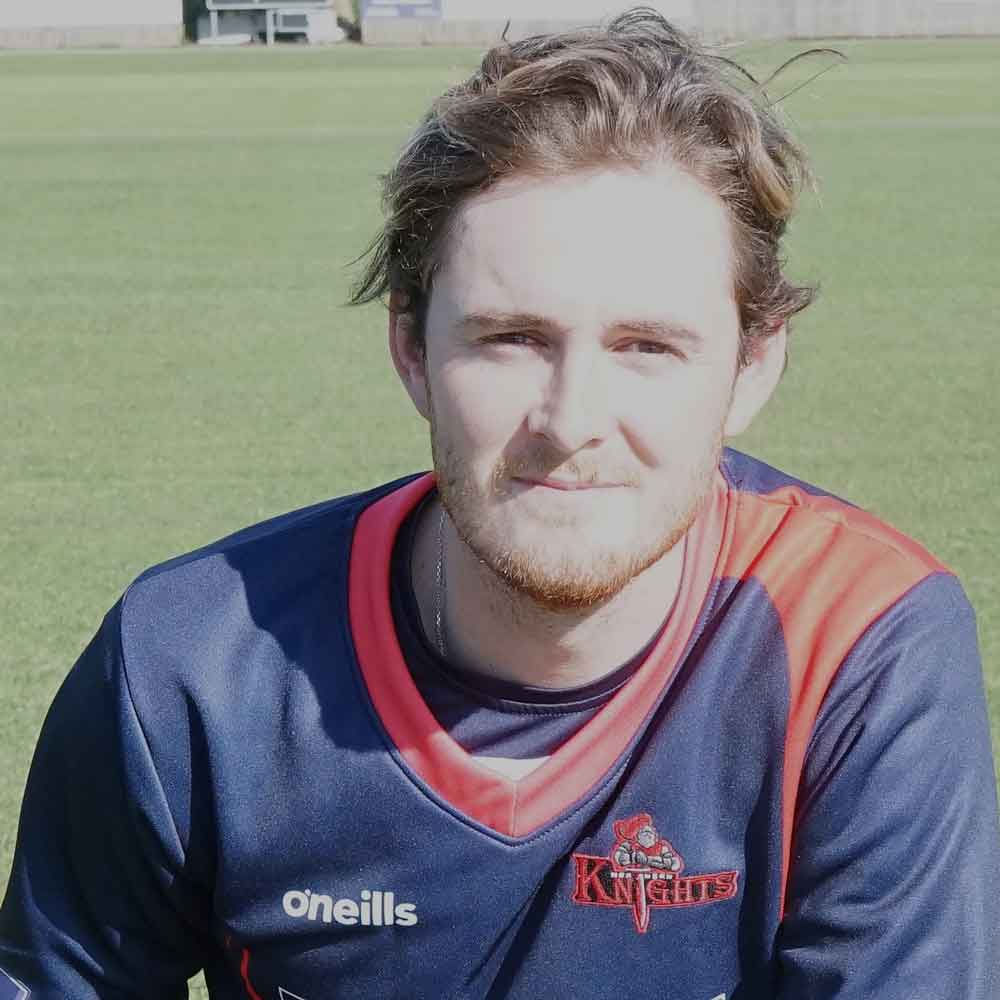 Mark Adair’s first game as Northern Knights captain may have ultimately ended in defeat, but there were still positives to take from their season opener. The Knights scored 248/9 – led by James McCollum (53) and Ross Adair (47*) – with the majority of the top order all getting starts. They had then reduced Munster Reds to 100/5 in the second innings before a partnership between Matt Ford and Gareth Delany steadied the ship and the visitors eventually got over the line with two overs to spare.

Simon Johnston’s side will attempt to bounce back from that defeat tomorrow against North West Warriors – a fixture Adair won’t be available for due to Covid-19 protocols – but he will be watching on from home.
“I really enjoyed it,” he said of his first game as captain. “It’s something I do with a lot of pride and it’s not something that I will ever take for granted. If I’m honest, we had chances to win the game. We didn’t play our perfect game by any stretch but we still had opportunities to win it. Taking our chances and putting an extra 10% of top of that performance will do us a lot of good and any team is capable of beating any team.”

Adair has worked closely with head coach Johnston since he was a teenager through the Ireland youth system, and when Harry Tector’s departure to Leinster Lightning left the captaincy role unfilled, the Ireland international knew he wanted to step up.

“I put my name in the hat early doors and told Johnty it was something I wanted to do if he was happy for me to do it,” he added. We have an exciting group of young players and hopefully I can help their development, getting them opportunities and get them involved in training. Johnty is very good at man-management and making these guys better, so that’s certainly a strength of his.”

Adair has already played under some great leaders during his career, but will now be developing his own brand of captaincy while learning on the job and taking advice onboard from those around him.

“I spoke to Stirlo (Paul Stirling) and as brief as it was, the captaincy he had in Jamaica I really enjoyed and everybody got behind it,” he said. It was thrust upon him and he did the job perfectly. He told me there’s no blueprint or right way to do it, and that it’s about going with your gut and backing yourself.”

Ross Adair, who has developed a reputation for being one of the most destructive openers in club cricket, was deployed at number seven against the Reds. His strike-rate of 146.87 dwarfed that of any other player in the match and Mark believes his older brother could be competing for higher honours in the near future.

“That’s how we’re going to use him,” he added. “We aren’t picking him there because it could be a way of getting picked for Ireland, but because he’s very capable of doing it. He is capable of playing for Ireland and will definitely be in conversations between selectors this year if he keeps putting in performances. It’s nice to have him performing at any place you put him and he’s always happy to do it which is the best thing about it.”

Matthew Humphreys and Max Burton both made their List A debuts at Stormont with the former picking up 2 wickets – including the scalp of Kevin O’Brien – while Burton performed admirably as a stand-in wicketkeeper.

“Humph bowled really well and Max was thrust into keeping wicket when he hasn’t done it a lot recently, but he kept excellently,” said Adair. He contributes on the field and in the changing room so is a great guy to have around which can’t be taken for granted. It’s easy to pick players because they are good at cricket but whenever you pick guys who are also great around the changing room it really helps.”

With several departures over the winter, this Knights team has a fresh look to it as Morgan Topping and Aniruddha Chore come into the 12-man squad for Thursday’s trip.

Paul Stirling will captain in the absence of Adair at Bready.