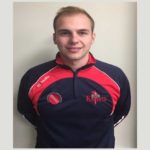 Callum Atkinson could hardly have wished for a better start to life as Lisburn captain than a resounding nine-wicket victory over CIYMS.

The Wallace Park side entered their opening Robinson Services Premier League encounter at Belmont as significant underdogs against a CI team that have won this title three times in the last decade and are reigning Gallagher Challenge Cup champions.

The result may have come as a surprise to many, but not to anyone in the Lisburn dressing room, and Atkinson says it’s a product of the hard yards put in during the off-season.

“It was a great day for us,” he reflected.

“I have to say, everyone has put a lot of work into that over the past 4 months. We brought Uel Graham in to offer us some coaching support and he has been great. Everybody has bought into that and the players have worked hard since we started indoor nets in January. It was a good first result.

“Faiz (Fazal) and David (Simpson, 3-37) did what they have been doing for us over the past few years and it was great to see the likes of Mark Berry (3-21) and Jonny Waite perform very well too. We’re very happy, but it’s just one game and it’s a big weekend coming up.”

Indian international Fazal has been a run-scoring phenomenon since landing in the NCU back in 2019.

The 36-year-old scored 608 runs at an average of 55.27 in his debut campaign before returning last season to add another 1,043 to his tally – which included a league-high four centuries.

Points could continue to flow if Fazal carries on in similar form and Atkinson certainly wouldn’t mind a few more performances like that.

“When you have a winter of not seeing him you sometimes forget it but when he’s on there’s not many better players around.

“It’s not just on the field for us – he is a leader off it and has embraced being in Lisburn. His family are over and he’s part of our community within the club so he’s just great for us. Hopefully he has a few more performances like that throughout the season!”

While Fazal rightfully steals the headlines, the role of Waite in the partnership and ultimate victory can’t be overstated.

He struck 12 boundaries during a 118-ball stay at the crease before being dismissed by James Cameron-Dow with 14 required.

“He has played a lot of representative cricket growing up and the talent is definitely there.

“Given that he’s had that start, I would hope that he can push on, stay focused and have a big season for us.

“CI were missing a couple – as were we – but to bat like that against the likes of Mark Adair, Nigel Jones, Jacob Mulder and James Cameron-Dow was really impressive.

“It’s no surprise to us because he does that in the nets and we’ve seen it before, so hopefully he can find a bit of consistency and have that breakout year.”

One match. One win. A record can’t get much better than 100%, but Atkinson will be keeping his feet firmly on the ground and is well aware of the challenges ahead, starting with a double-header against Cliftonville Academy and CSNI this Bank Holiday weekend.

“There were definitely a couple of nerves going into it,” he said.

“I had a lot of help and support from teammates, Uel and other people in the club.

“It couldn’t have worked out better but I know it’s not going to be like that every week! Every game is competitive in this Premier League, especially in this new restructured Premier League.

“We are keeping ourselves within reality and know that it’s going to be pretty hard most weeks. In terms of first game as captain, I suppose you couldn’t ask for much more.”